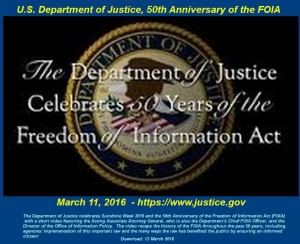 A guest essay by Rick Wallace (R.W.) at WUWT (2016/03/10) assumes that “in real science any state of agreement is labile at best – and establishing a consensus is about the last thing on peoples’ minds”, which he base on study evolutionary biology. He thereon explains “that under these conditions, as often as not, a leading idea is a target to take aim at rather than a flag to rally ‘round.” From this perspective Rick Wallace concludes: “Obviously, this cast of mind is utterly different from what we find in the AGW arena. Which in itself is compelling evidence that the motivations are different in normal science and in (C)AGW.”

What lacks all this noble consideration is that R.W. focuses on the question of how to define what a species is, but when it comes to (C)AGW-movement a need for reasonable definitions is not raised. According R.W. it seems possible to define ‘species’, “as a reproductively isolated population, …..at least for organisms that reproduce sexually”. Unfortunately atmospheric science cannot rely on a comparable picture.
The problem in the field of “AGW controversy” is the lack of clear definitions, and the reckless mix-up of different aspects. For example: A temperature rise is not necessarily results in global warming (GW), and global warming (GW) is not necessarily related to anthropogenic global warming (AGW). The existence and cause of climate change has not necessarily something to do any increase or decrease in instrumental temperature records. The entire field lacks of clear definitions, starting with “weather” (HERE). Even though Rick Wallace essay is far too brief in this respect, it is worth reading:

“What is perhaps most fascinating about modern spectacles like the AGW movement (and here I’m thinking in particular of the Moscow show trials of the 1930s) is that the truth is always right there in front of everyone – and it is always apparent to those who can see. For such people, and this is true of most (but probably not all) AGW skeptics, the fact that some sort of charade is in progress is obvious, even if one does not characterize it in those terms. …..cont//”.