This winter sea ice is shockingly low, practically not existing in early March 2019. Why is there such a big difference between now and the first three war winters 1939/40ff. 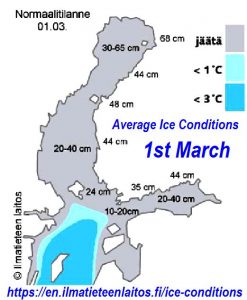 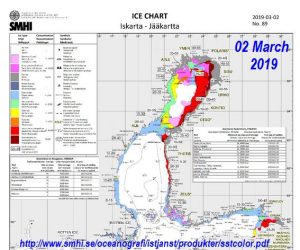 A previous post asked: “Europe winter free – Thank to off-shore windfarms” one year ago? Comparing the current sea ice conditions with those of long-term average, raise the curiosity even further. There is even less sea ice as a year ago. Two month ago, the Met-Off discussed the possibility of another   “Beast from the East’ early in 2019?” This side commended:

“Please be prepared for further information and analysis on winter weather development then and now and whether it is acceptable for one of the leading meteorological services not to be interested and able to explain the weather events after four months of World War II.”

The beast did not come. The Siberian cold in Siberia did not build up, respectively the Atlantic cyclone-system too powerful to give any cold air from the Arctic or Serbia any chance to reach the western Atlantic shore, see the weather may of today and the nutshell-image.

Fact is that North- and Baltic Sea warm faster than any other sea area. (see Fig. 5), which means that they store more heat during the summer season and are able to release more during the winter season, paving the way an easy flow of cyclones from west to east. This has been extensively discussed HERE. 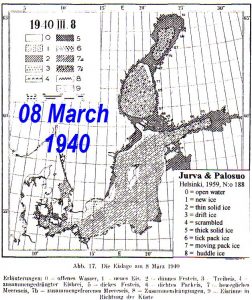 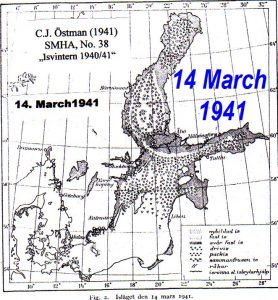 Neither should climate science ignore the higher warming of the sea in Norther Europe than elsewhere, even less should the do it with exceptional sea ice conditions 80 years ago, but take serious what Swedish sea-ice expert C.J. Oestman observed concerning he conditions in winter 1940:

The severe winter ice conditions, particularly the spread and thickness of sea ice extent, have again drawn great interest in the unusual cold of last winter, as well as the associated strong ice forming. 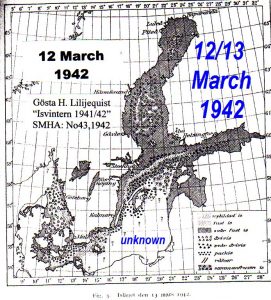 C.J. Oestman (op.cit.) already realized that the meteorological cause for the arctic conditions was:

“The highs (over North Europe), however supported a uniform inflow of cold air from northern Russia and Siberia, but blocked the way for mild air currents from the Atlantic and southern latitudes.”

What more does climate science need to investigate the role of man in the current warming of Europe’s winter, respectively the sudden and extraordinary cooling during the winters 1939/40. The sea-ice conditions would be an interesting part in any serious consideration. 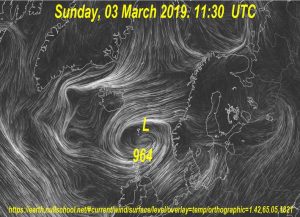 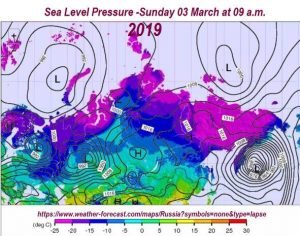