Weather and climate are everyday
slang words and
misleading when used by science.

During the last half of the Century the world has a big problem. Science abuses the laymen terms used since time immemorial: weather and climate. Every term is connected closer to every body than their shirts,  24/7 throughout their lives. Alexander von Humboldt (1769 –1859), the great German naturalist and geographer defined climate as ‘all the changes in the atmosphere that perceptibly affect our organs’. According A.v.Humboldt, ‘climate’ was even closer to the skin of any person than their dresses were during day and night.  The intellectuals those days lived closer to nature than academics nowadays.
There are probably few people who can explain how the climate affects their organs, but they presumably would agree, describing the aspect as follows:  :

Climate is the imaginary idea of an individual person from a possible state of the atmosphere, at one place or in one region, about a shorter or longer period of time from own experience or narrative of others or e.g. out of Guidebooks.
This means: More than 5 billion adults are living on Earth. Everyone has their own view of climate and describes it corresponding to his own ideas, for the moment or the given circumstances.

Further Reading (amended 25. Jan. 2020):
Everyone has their own view of the weather and climate!
У каждого свой взгляд на погоду и климат!
HERE 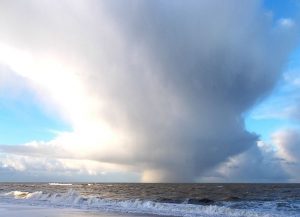 The earliest notions of climate were linked with latitude and astronomy. A. v. Humboldt’s analysis was close to ancient thinking.  Antecedents of the concept of climate can be found in Greece by Hippocratic writers, focusing on seasonal change, influencing the occurrence of disease. The Hippocratic treatise “Airs, waters, places” (~400 BC) associates season, prevailing winds, and the quality of the air and water with the physical condition of people’, (More HERE).

During A. v. Humboldt’s lifetime, meteorology was emerging and still at a low level. Now for more than 100 years acknowledged as an academic discipline, scientists remained incapable to tell what ‘climate’ is, respectively formulate terms, which indicate incompetence, explaining nothing, and are completely useless in scientific research. In the early 20th Century climate was defined as average weather and in the 1930th the thirty-year period from 1901 to 1930 considered as the baseline for measuring climate fluctuations. Several decades later the prominent meteorologist H.H. Lamp regarded the definition of climate as “average weather” quite inadequate, mentioning that until recently climatology was generally regarded as the mere dry-as-dust bookkeeping end of meteorology (FN. 1). Also the either well-known F. Kenneth Hare wrote in 1979: You hardly heard the word climate professionally in the 1940s. It was a layman’s word. Climatologists were the halt and the lame (FN. 2).

It is naive not to realize that if you define climate as average weather, you have to say clearly what weather is. Weather has to be defined first. Meteorology has always ignored this point or – meanwhile – making nebulous statements about it. 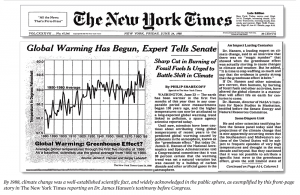 Before we come to the layman’s term weather, let’s first view how science currently define climate. The internationally accepted authority on climate change, the Intergovernmental Panel on Climate (IPCC), turns the meaningless “average weather” into an inflated nonsense, namely, according its Glossary:

Climate in a narrow sense is usually defined as the average weather, or more rigorously, as the statistical description in terms of the mean and variability of relevant quantities over a period of time ranging from months to thousands or millions of years. (cont.)

There is no other explanation for such a junk than crazy. It is completely unusable as a work base in scientific research, and misleading in any communication with the public and governments. As a daily slang word, which is close to everybodys’s skin than its shirt, it is an abuse every time a scientist is using it. This is presumably a major reason that the climate-change debate has been getting more and more hysterical during the last decades.
But the story gets even worse, completey preposterous, when asking how IPCC defines “weather”. The result is shocking; the Glossary of IPCC offers nothing.  But IPCC and other institutions, like the recent UN Climate Change Conference COP 25 (2 – 13 December 2019) in Madrid, do not care.
Even the definition of weather in the AMS – Glossary (American Meteorological Society) does not provide a usable solution, by explaining that 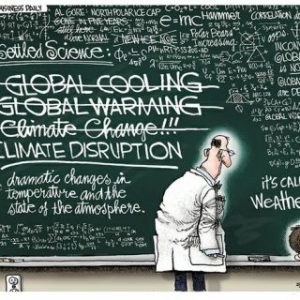 __ Popularly, weather is thought of in terms of temperature, humidity, precipitation, cloudiness, visibility, and wind,  and
__ the “present weather” table consists of 100 possible conditions, and
__ the “past weather”; of 10 possible  conditions.

The AMS Glossary does not clear the matter, as it is superficial on several aspects. Already false is the explanation of ‘popularly weather’.

is able to use and explain the current weather in presumably several hundred versions, and ‘popularly weather’ is extremly far awayfrom a transparent and workable academic term, as explained above. Either the distinction between present and past weather is nonsense: Weather is weather, and statistic on atmospheric conditions, whereas numerical data, whether collected in the present or in the past remain a statistic. Once statistic always statistic. Not naming the ‘possible conditions’, nor the time period make it worse. Only the first sentence of the AMS weather definition is acceptable, saying:

Weather is the state of the atmosphere, mainly with respect to its effects upon life and human activities.

Actually it is fair to say that the layman understanding and use of the word of weather is closer to the following description:

Weather is a personal rating by any person over the condition of the atmosphere, in its various manifestations, at a certain time, usually for the current situation or in temporal proximity. 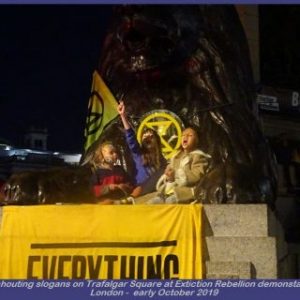 With such an explanation the story is close to the understanding in ancient Greek, and how A. v. Humboldt  (1769 –1859) approached the matter.

The story of the complete incompetence of the scientific terminolog does not end at this point, but it makes little sense to discuss scientific terminologies, which are at best a joke and belong in the garbage heap.
The failure of science is that it uses layperson terms, but cannot define them transparently. No wonder that there now are the movements ‘Fridays for Future’ and ‘Extinction Rebellion’, and a discussion at a hysterical level. But science seems happy with the situation, which they have caused. Their prominence grows, the money is coming in; they are able to influence long term political decisions. The biggest tragedy in the whole scenario is that the undeniable rise in temperatures since the mid-19th Century, is discussed on the most basic level.

Folks, keep your way of using the terms: weather and climate, as you did ever since, and do not allow science to abuse them for selfish reason.

More discussion at the following links: