By this failure, they lie to themselves and to the public

The English philosopher John Locke stated 350 years ago: The achievement of human knowledge is often hampered by the use of words without fixed meaning. This is now the case in the so-called climate debate.

Science uses layman’s terms, which are completely useless in scientific work. Thus, lying to themselves and pretending to politicians and to the public that they understand what they are talking about, namely weather and climate. This has dramatic consequences, as the student demonstrations show on many Fridays in the past months. No one seriously denies that the air temperatures have been rising in the last 150 years. This can generally be summarized under “global warming”, if one generously ignores the two major temperature changes from 1918 to 1939 (increased warming) and 1940 to 1975 (strong cooling). Both events are strongly correlated to the big naval wars, 100 and 80 years ago, as prima facie proven HERE. The simple truth is that temperature changes and climate changes are not the same. Between layman’s weather and what science understands as such they are worlds apart. An overview is shown by the image – right hand, enlarged, below. 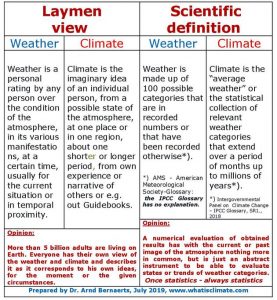 As long as this untenable situation was predominantly discussed by scientists and politicians among themselves, this has been long and unpleasant story. Now it becomes dramatic, when this incompetence of science extends to the youth. Science let them talk about climate, although they themselves cannot explain it in a reasonable manner.

The result is by now best known by Fridays for Future (FFF) movement, initiated by the 16-year-old Swedish activist Greta Thunberg, mobilizing 100 thousand children in over 100 countries with school strikes on Fridays. As her protest drew attention, she attended a United Nations climate conference in last December in Poland, where she criticized negotiators. “You are not mature enough to tell it like it is,” she said. “Even that burden you leave to us children”, reported the NYT in March.

Moreover, 23,000 scientists in Europe support her, by claiming that the demonstrating children “are helping science to wrap such an abstract and seemingly far-removed problem like climate change into a narrative”, asserted the Frankfurter Allgemeine Zeitung on 15. March 2019. Some scientists did not shy away from quoting: “We are the pros“, and: “The young generation is right“, so Volker Quaschning, Professor of Regenerative Energy at the University of Applied Sciences in Berlin. “The climate professionals are clear on the side of the students!” (as previous quote).

Hopefully, ‘someone’ will soon take action to protect the world from a science that is not even able to concretely describe whereof it is researching and unable to define the most important terms it uses, namely weather and climate. Indoctrinating children and pupils with scientifically unsubstantial words is totally unacceptable.

“Pupils take to the streets because the politicians, despite of nice words, miss the climate targets”, writes the climate researcher Stefan Rahmstorf from the Potsdam Institute for Climate Impact Research. CO2 reduction can be a target; “climate targets” is cheer nonsense!

This is irresponsible. The incompetent use of laymen’s terms must be thoroughly discussed and be reconsidered. Science has to show that it is able to define what it is talking about and claims to understand. The “use of words without fixed meaning” in environmental research must find an end. 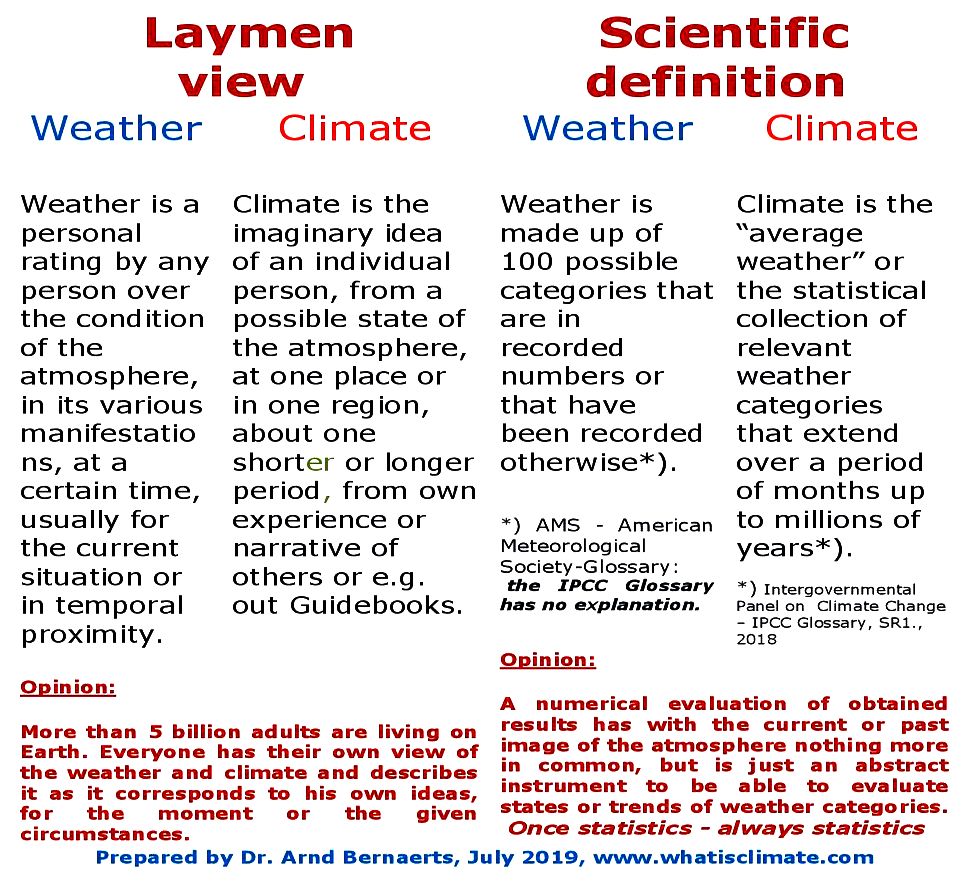 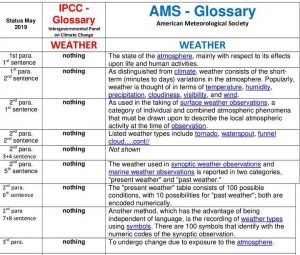 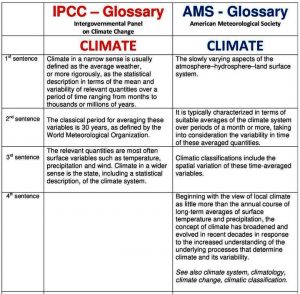 About the Author an the books published: http://www.arndbernaerts.one/